Audio Bridge offers its clients multi-faceted, cost-effective, and dedicated services, scope, and complexity of the project notwithstanding.

In 2020, India became the world’s sixth-largest economy and is expected to surpass the United Kingdom to become the fifth-largest in 2025 and the third-largest by 2030. India is also the world’s fastest e-commerce marketplace. From $38.5 billion in 2017, this industry is expected to rise to $200 million by 2026. Following this tremendous economic expansion, the Indian market offers a plethora of business options for foreign enterprises especially in the media, entertainment, and education industries.

However, the Constitution of India’s Eighth Schedule legally recognized 22 Indian languages. This might make it difficult for foreign enterprises to pursue endeavors such as creative translation and video localization of commercial content, videos, and products into this market. Then, which Indian languages should they localize material for? Also, what number of languages would be sufficient?

Popular Languages for Subtitling, Dubbing, and Voice-Over in India 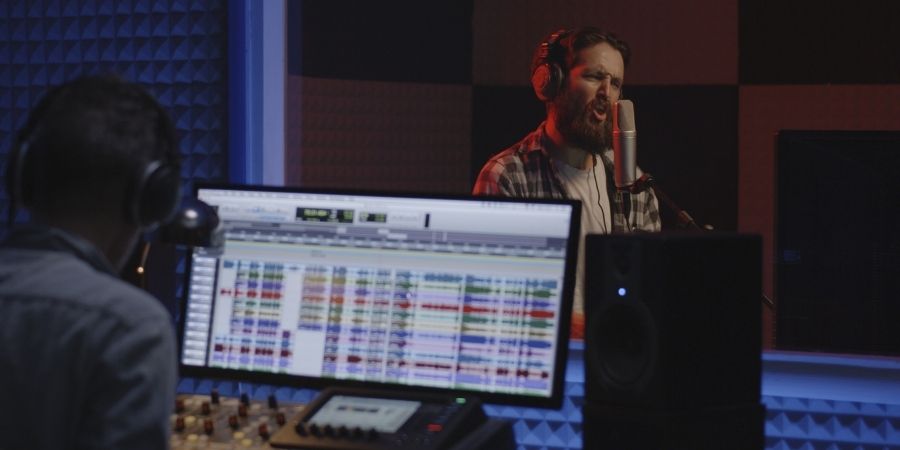 Again, there are local preferences, but the languages listed below are the most commonly requested for video translation in India:

Our Top 3 Picks For Video Localization and Translation in India:

Hindi is India’s most popularly used language. It is the mother tongue of about 528 million Indians, accounting for around 41% of the country’s population.

Furthermore, Hindi is one of India’s two official languages, as well as the official language of nine states and three union territories. It is mostly spoken in northern India, Nepal, Fiji, and Afghanistan, making it the world’s fourth most widely used language (with almost 700 million speakers around the world).

2. Hinglish:
English, along with Hindi, is one of the main languages of the Indian government. The majority of Indians do not speak English as a first language, but they do learn it later for economic purposes. The facts mention that between 12 and 30 percent of Indians can communicate in English. Is this to say that having an English-language web presence is sufficient for this market? No, that is not the case.

While English is widely spoken in Mumbai, Chennai, Bangalore, Hyderabad, and Delhi, it is not spoken by everyone throughout India. In fact, many people, particularly those who reside outside of cities, have limited or no English skills. Furthermore, about 350 million people in India speak Hinglish, which is a blend of Indian languages (primarily Hindi) with a dash of English.
Hinglish speakers naturally move between two or more languages and combine them into one. Moreover, some people prefer to use this dialect because it is a fantastic blend of traditional Indian language and culture with a hint of modernism.

Bengali is the primary language of about 100 million people in India, making it one of the most widely used languages in the country. Besides, it is the official language of the Indian states of Tripura, West Bengal, and Assam’s Barak Valley region. So, these areas speak Bengali since they are close to Bangladesh, which has Bengali as its official language.

Unquestionably, these 3 languages seem to top the most popular choices for video localization. Many of the best translation agencies offer these languages. Likewise, here are two other honorable mentions which are popular picks for dubbing, subtitling, transcription, transcreation, voiceovers, and captioning

7% of the population in India speak Marathi as the first language. It is the recognized and co-official language of the Western Indian states of Maharashtra and Goa.

In addition, Marathi is the world’s 10th most popular language, with a total of 99 million speakers (nearly 83 million of them are native speakers). There are 42 local varieties of this 1300-year-old language, many of which are close to Eastern Hindi.

Telugu is among India’s 22 official languages and the fourth most spoken, with first-language speakers accounting for around 6.8% of the country’s population. The Indian states of Karnataka, Odisha, Andhra Pradesh, and Telangana, the Andaman & Nicobar Islands, Yanam, Maharashtra, Chhattisgarh, and Tamil Nadu are home to the majority of people who speak this language (including native and second language Telugu speakers).

So, before making any decisions on translation and localization in India, we suggest that you look at the three important factors listed below.

If you only have the money to acquire one Indian language, choose the one that can help the maximum of your audience. However, if you have a larger budget, consider localizing your material into multiple Indian languages, particularly those that are in great demand, as we discussed above.

Choosing a language-based only on its popularity may not be the best option. You should also analyze the demographic makeup of your target audience. For instance, where do they reside?

This can be accomplished by looking at your web analytics to discover where the majority of your visitors are coming from. Also, this knowledge will assist you in making the right choice because each region of India speaks distinct languages. Knowing the audience well will help you achieve the desired results in less time. As a matter of fact, it will also ensure you to grab more attention from the audience if done right.

Examine what your competition is doing:

Each business has its unique approach, and following in the footsteps of others will result in more troubles than benefits.

However, you should think about what your competitors are doing. What languages are available on their websites? Why did they choose to add or remove a particular language? You can learn a lot about your competitors by understanding their strategies. This will help you integrate your own video localization strategy. You need to find a good balance between standardization and localization. As a result, instead of using a standard approach, having appealing tactics can help in several ways.

The market for video translation in Indian languages is only increasing. This is the ideal time for you to select the best language and technology partner to complete the project on schedule and to the desired standards. Have any questions? Contact Audio Bridge today and expand the horizons of your brand.

We use cookies on our website to give you the most relevant experience by remembering your preferences and repeat visits. By clicking “Accept All”, you consent to the use of ALL the cookies. However, you may visit "Cookie Settings" to provide a controlled consent.
Cookie SettingsAccept All
Manage consent

This website uses cookies to improve your experience while you navigate through the website. Out of these, the cookies that are categorized as necessary are stored on your browser as they are essential for the working of basic functionalities of the website. We also use third-party cookies that help us analyze and understand how you use this website. These cookies will be stored in your browser only with your consent. You also have the option to opt-out of these cookies. But opting out of some of these cookies may affect your browsing experience.
Necessary Always Enabled
Necessary cookies are absolutely essential for the website to function properly. These cookies ensure basic functionalities and security features of the website, anonymously.
Functional
Functional cookies help to perform certain functionalities like sharing the content of the website on social media platforms, collect feedbacks, and other third-party features.
Performance
Performance cookies are used to understand and analyze the key performance indexes of the website which helps in delivering a better user experience for the visitors.
Analytics
Analytical cookies are used to understand how visitors interact with the website. These cookies help provide information on metrics the number of visitors, bounce rate, traffic source, etc.
Advertisement
Advertisement cookies are used to provide visitors with relevant ads and marketing campaigns. These cookies track visitors across websites and collect information to provide customized ads.
Others
Other uncategorized cookies are those that are being analyzed and have not been classified into a category as yet.
SAVE & ACCEPT